This tune is a prime example of a new melody composed using pre-existing chord changes from another song, also known as a “Contrafact.” This contrafact by Lee Konitz as played with Lennie Tristano is based on the changes of “What is this Thing Called Love” by Cole Porter.

Lee Konitz demonstrates his own unique melodic style over these chord changes in this one of many contrafacts for which he became well-known. 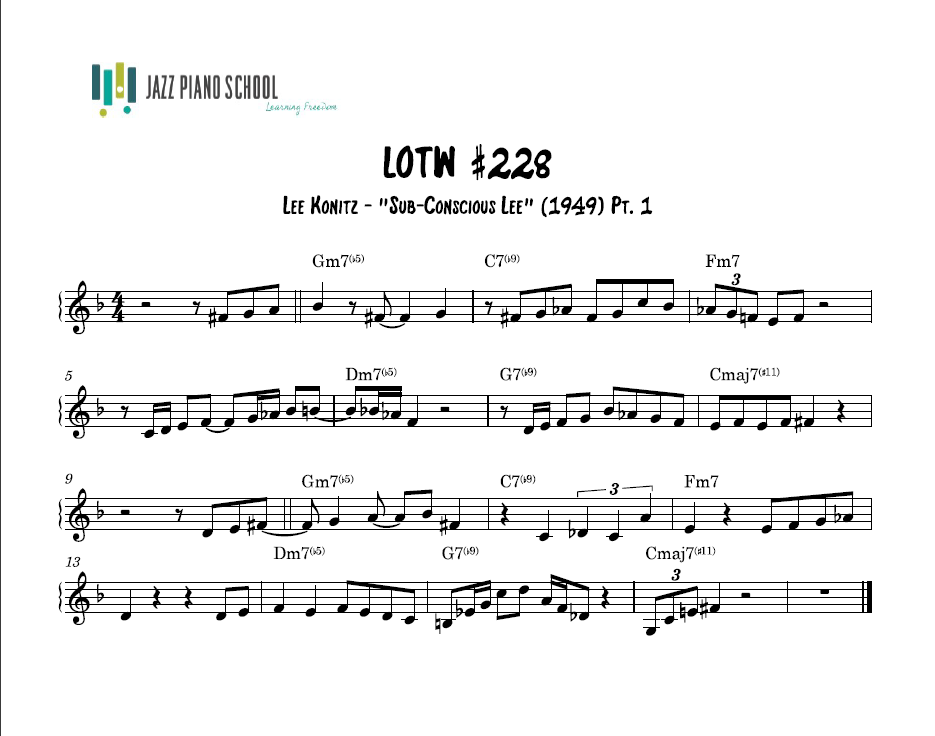 If you have questions or suggestions for a Lick Of The Week you would like us to do, please leave them in the comments down below.

3 Ways To Play A Sus Chord